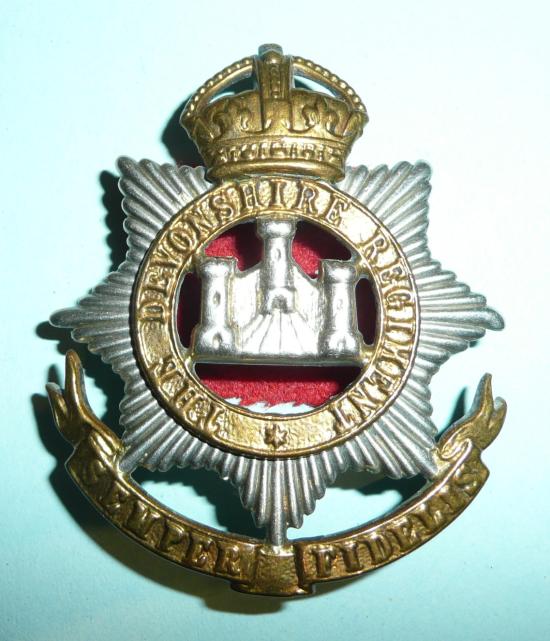 Bi-metal, some polishing to high points with three original screw posts backed with a square of red material for display (unattached). Circa 6.3cms tall. Never seen this pattern before. A stunner. Rare. 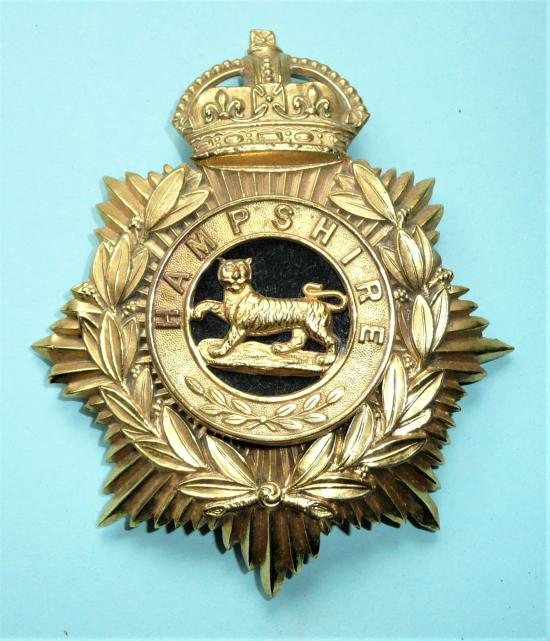 Owner states this was a band plate and it has been gilded and looks quite splendid. Lugs reaffixed on the Helmet Plate quite crudely but it displays really well once mounted on the plate. Pre 1946, black felt backing. Worn most probably between 1919 and 1949 by members of the band in full dress. A scarce cast brass pouch badge with two original screwposts to the reverse and one retaining washer and nut remaining. Mounted on a red felt backing which came with the badge. Circa 4.3cms tall. A lovely thing. 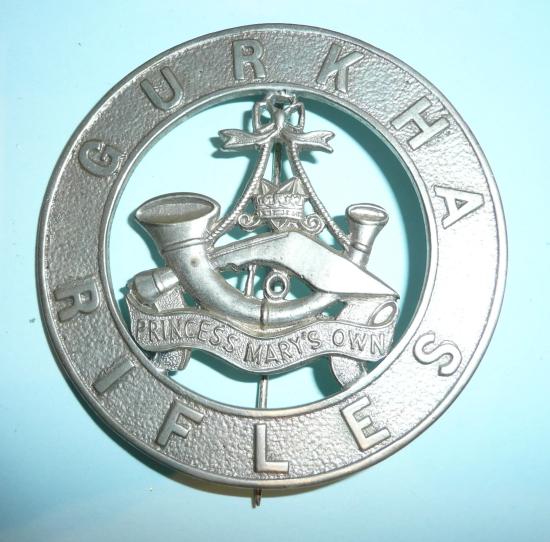 A good scarce die-cast locally made silvered example. Circlet “GURKHA RIFLES”, to the voided centre a strung bugle with kukri, Princess Mary’s Cypher and “10” between the strings. Stout pin to reverse. Silver plate in very good condition, not worn through to the base metal. 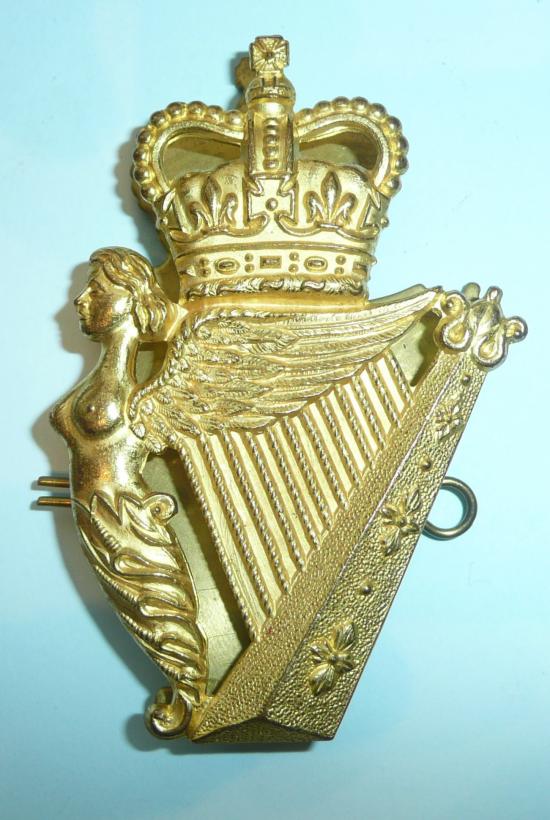 The Ulster Defence Regiment (UDR) was an infantry regiment of the British Army established in 1970, with a comparatively short existence ending in 1992. Raised through public appeal, newspaper and television advertisements, their official ro... read more 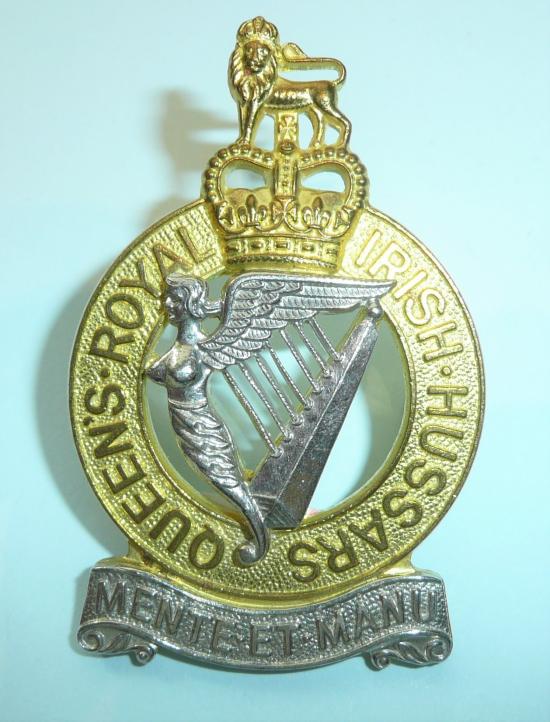 A scarce post 1958 die cast bi-metal piper's pouch example with three screw posts and nuts to the reverse. Some minor twisting to screw post otherwise in excellent condition. Worn until 1993. 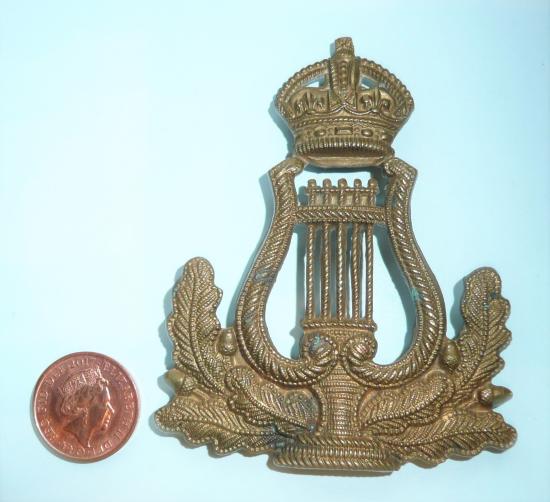 A large brass die struck badge with three original short loops to the reverse. A lyre, wreath and crown, but much larger than the more commonly encountered bandmans' trade badge at circa 8cm tall. Worn on appointment to the position of Bandmaster on the lower right sleeve. In good condition except there is a fracture at the top right side between the base of the crown and the top of he lyre ... read more An excellent facing matched pair of musicians full dress wings with all hooks and straps present. NATO stock number to the reverse of one of them. . Gold bullion wire-embroidered on black cloth. In very good condition. 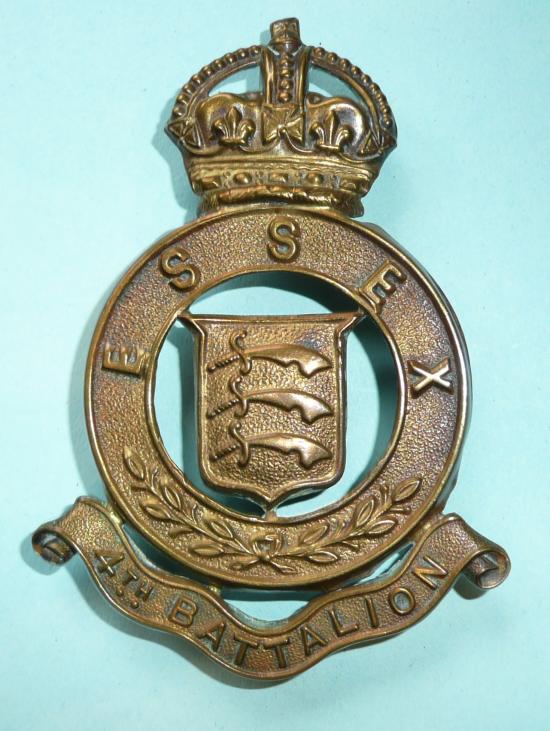 A scarce composite brass cross belt / pouch badge for a musician / bandsman of the 4th (territorial) battalion of The Essex Regiment with three original screw fastenings (north, east and west). Worn in the 1920s - 1930s. The Essex seaxes on a shield to the centre of a crowned circlet bearing the title above the scroll, " 4th. Battalion ". Circa 9cms high.

QC brass Band helmet plate, two parts, the plate is an old one that has been adapted with the neat addition of a Queen's crown (lugs removed to reverse of crown as obviously originally designed for a different purpose) with a post 1946 "Royal Hampshire" specially produced Helmet Plate Centre for use by members of the Band in full dress. Some red felt backing material, but not sure as to whethe... read more