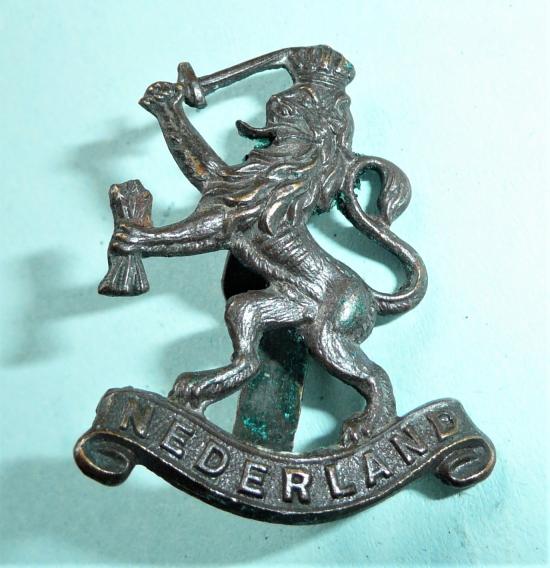 
Bronze die cast WWII officer's cap badge with original blades to the reverse. The Royal Lion of the House of Orange above a scroll "Nederland". In very good condition (some verdigris to the reverse) and scarce. 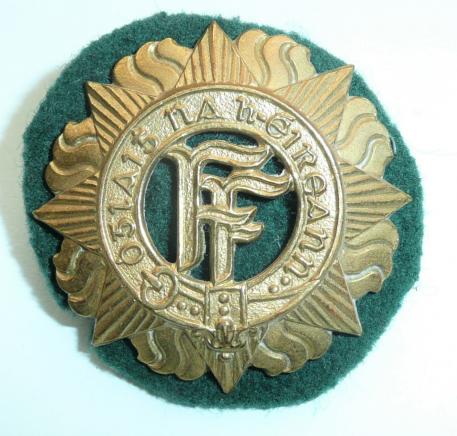 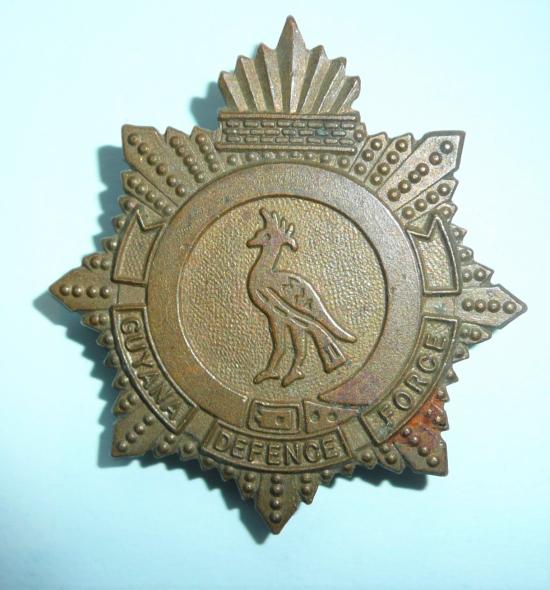 In January 1969, the GDF faced their first test when the Rupununi Uprising, a bloody separatist movement in southern... read more 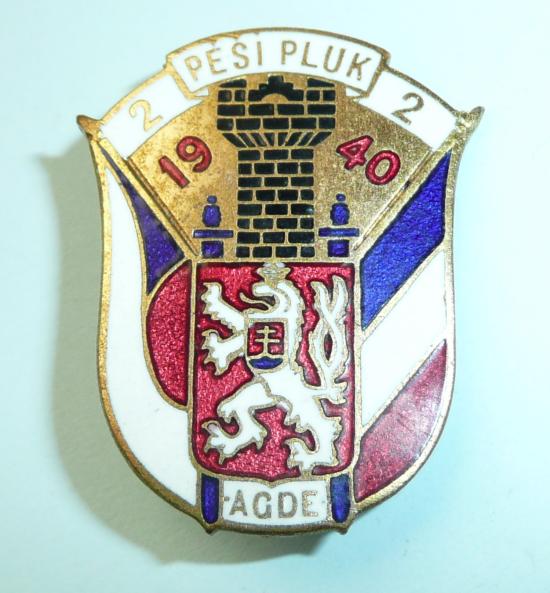 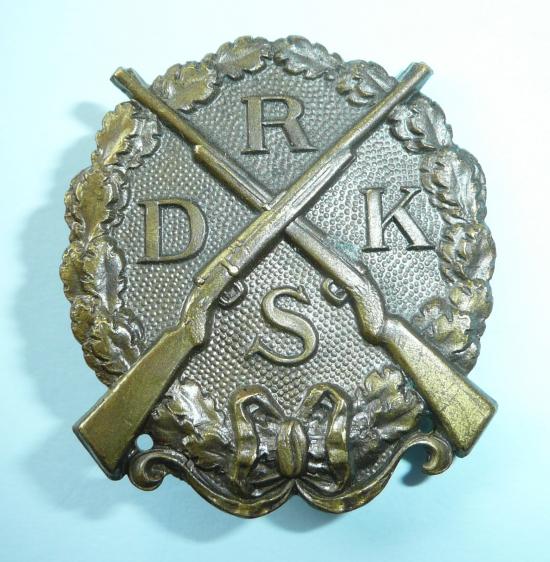 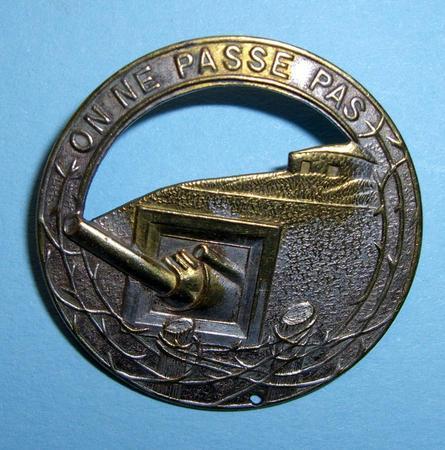 Maginot Line French Brooch Pin Badge - They Shall Not Pass!

An attractive badge, the part voided version with original pin. Silver washed with brass showing through on high-points. 36mm in diameter. Sharp detail but with a small hole at 6 o'clock, possibly for the attachment of a safety chain.

The motto "On ne passe pass" (They shall not pass) was most famously used during the Battle of Verdun in World War I by French General Robert Nivel... read more 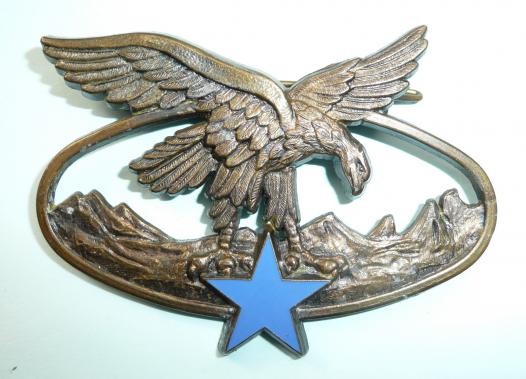 A large badge made by DELSART and in very good condition. An earlier pattern looking at the naming styles to the reverse. 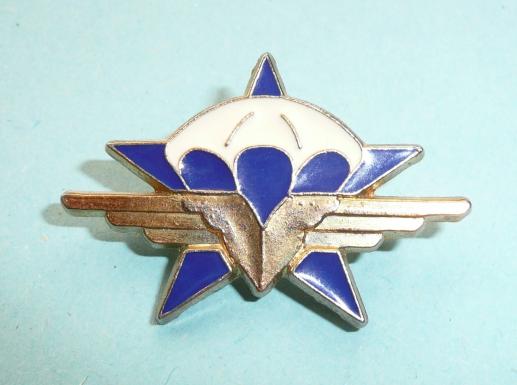 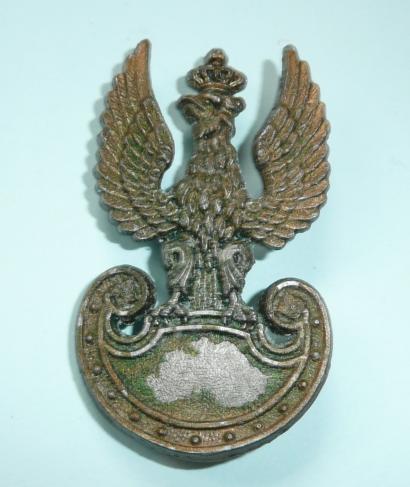 WW II plastic economy issue cap badge with two blades and makers details for Stanley Walsall to the reverse. The Polish Eagle and shield. Slightly warped with the two wings just forward of the eagles body and finish to front looking a bit grubby. Made from cellulose acetate plastic, sometimes incorrectly described as being made of Bakelite. 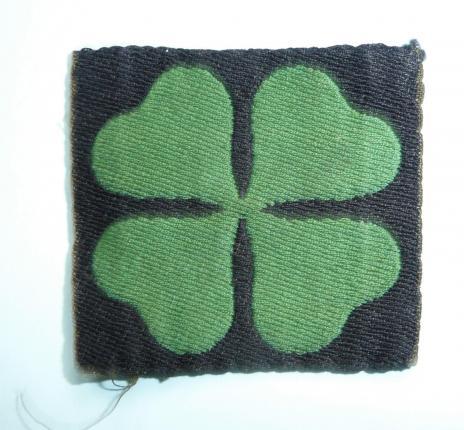 Removed from uniform, embroidered green four leaf clover on a black rectangle. Circa 4.5cm by 4cm. In very good condition. my grateful thanks to Henk for the identification.

The division was founded on February 1, 1953 and consisted of the 41st, 42nd and 43rd infantry regiments. Parts of the division fought in what was then New Guinea. The cloverleaf was chosen as a symbol of uni... read more