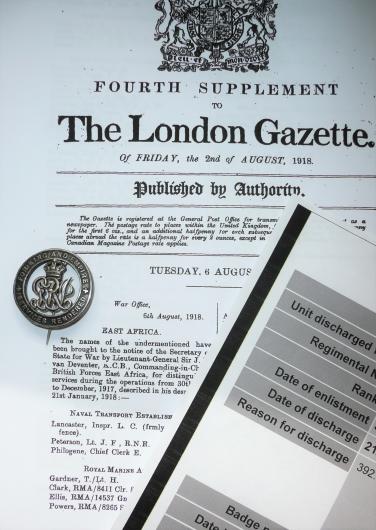 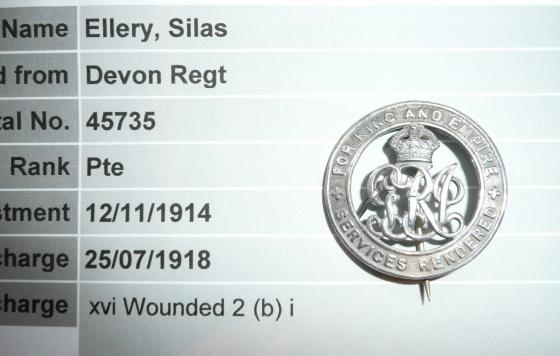 A SWB impressed 427579 issued to 45735 Private Silas Ellery of the Devon Regiment. An unmarked silver circlet inscribed 'For King And Empire Services Rendered' bearing crowned 'GRI' Imperial Cypher to voided centre. In very good condition with fully functional and original pin and c clasp (a bit squashed but still works ok). it has the remains of a clasp from a safety chain still attached - ea... read more 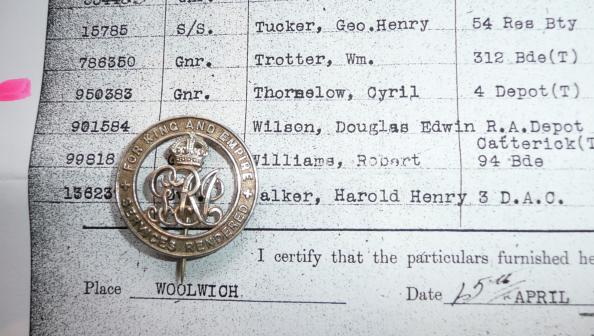 
A SWB impressed 409988 to Gunner Cyril Thornelow, discharged from the 4th Depot (Territorial) of the Royal Field Artillery (RFA). Cleaned and in very good condition with fully functional and original pin and C clasp (slight twisting).

It will be supplied with a copy of his MIC, confirming his entitlement to a BWM and VM, and a copy of the SWB roll which confirms his enl... read more 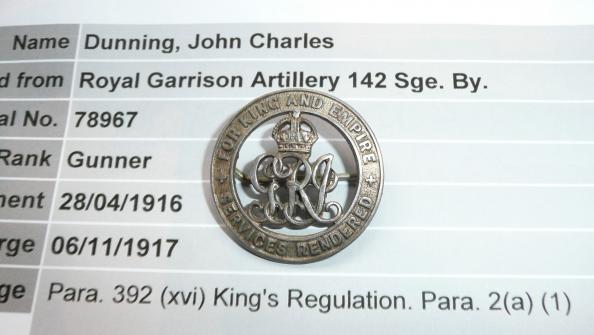 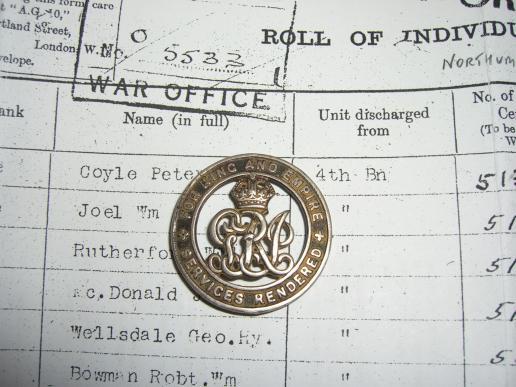 
no 2840 Private William Joel, enlisted in the 4th Battalion (Territorial Force) The Northumberland Fusiliers on the 4th August 1915. His honourable discharge, which occurred on the grounds of no longer being fit for military service (para xvi) and occurred on 29th May 1916, prior to any service overseas. The CD version of the SWB register confirms that his badge was issued on 4th Januar... read more 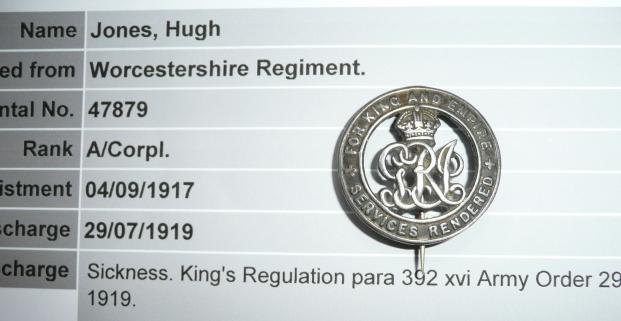 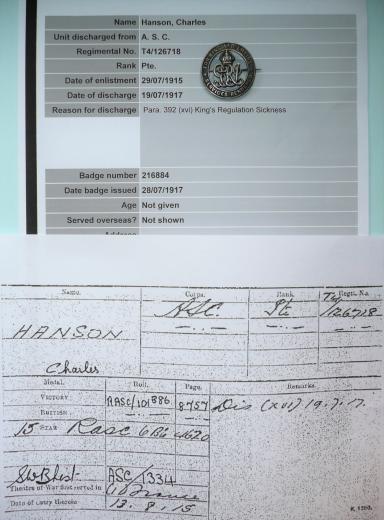 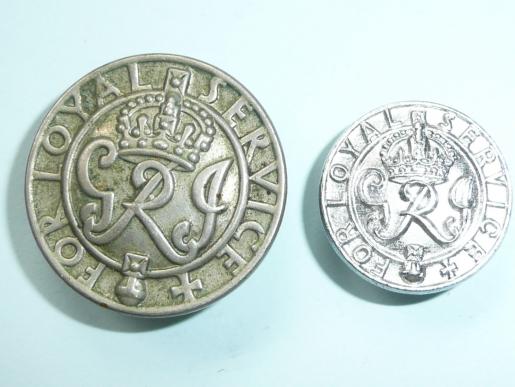 
Introduced in 1941, circa 26mm and 18mm in diameter respectively struck in white metal, the smaller one has more of a chrome finish. The King's Badge was awarded to British Forces personnel who had been invalided out of the services during WW2 and were entitled to a war disablement pension. They were both unnamed and unnumbered. In good condition. See items 55610 58299 and 60126, for a... read more 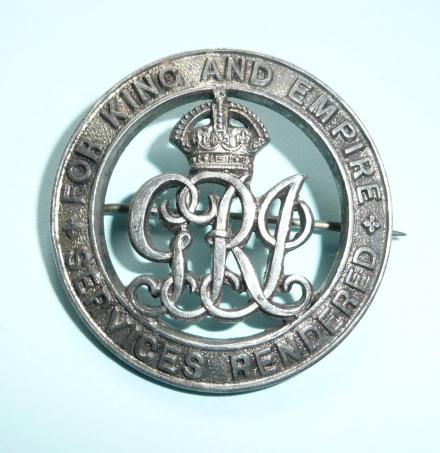 A first pattern SWB impressed RN 5920 issued to a member of the Royal Navy. With east-west pin and clasp. Circa 43,000 SWBs were awarded to the Royal Navy, less than 4% of all the approximately 1,150,000 issued to all services, which had to be claimed and then approved.

The first pattern SWB was issued between September 1916 and March 1918, and these were of a better quality ... read more 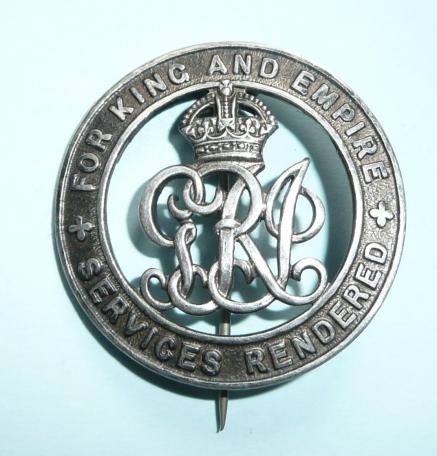 
A SWB impressed C 59450 issued to a member of either the CEF or Canadian Militia serving at home. With original pin and clasp. Silver dark toned otherwise in very good condition.