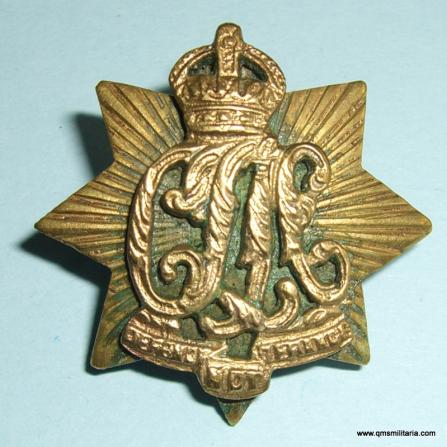 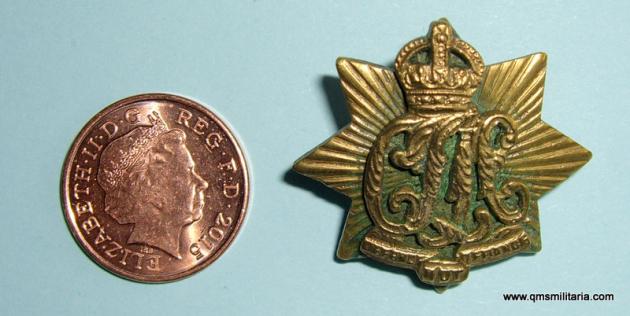 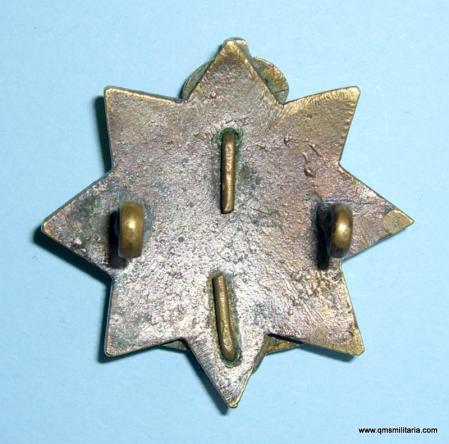 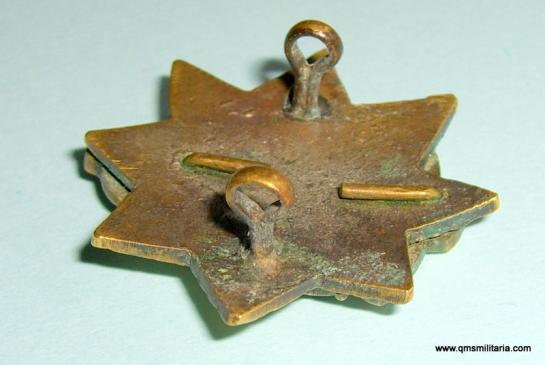 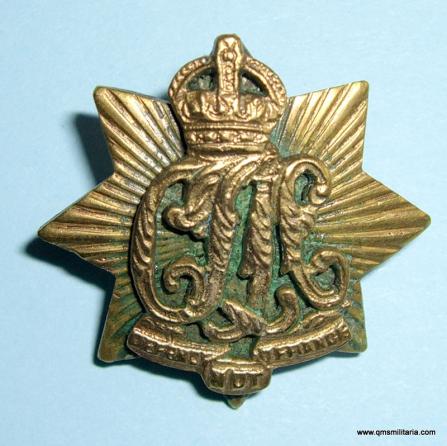 The Calcutta Light Horse was raised in 1872 and formed part of the Cavalry Reserve in the British Indian Army. The regiment was disbanded following India's independence in 1947. This is a cast, of two part construction with two original lugs to the reverse. Small at circa 3.2cm tall, for wear in forage cap or perhaps on collar too. Of good quality, possibly officer's issue.

The CLH are most noted for their attack (with members of the Calcutta Scottish) against the German merchant ship, 'Ehrenfels'. The operation was organised by SOE's India Mission. It was kept covert, to avoid the political ramifications of contravening Portuguese neutrality in Goa, and was not revealed until thirty-five years afterwards, in 1978. The 'Ehrenfels' was known to be transmitting information on Allied ship movements to U-boats from Mormugao harbour in Portugal's neutral territory of Goa.

The Light Horse embarked on the barge 'Phoebe' at Calcutta and sailed around India to Goa. After the 'Ehrenfels' was sunk in March 1943 by the team of British saboteurs, British intelligence dispatched an open message over the air falsely warning that the British would invade Goa. The crews of the other two German merchant ships in the harbour, the 'Drachenfels' and 'Braunfels', received the message and scuttled their ships in Goa's harbour in the belief that they were protecting their ships from capture by the British. Italian ships in the harbour were also destroyed.

As the end credits of the 1980 film "The Sea Wolves" (starring Gregory Peck, Roger Moore and David Nivan and which immortalised this action) stated that during the first 11 days of March 1943, U-boats sank 12 Allied ships in the Indian Ocean. After the Light Horse raid on Goa, only one ship was lost in the remainder of the month.