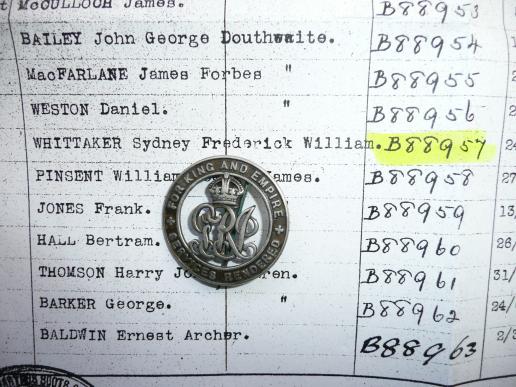 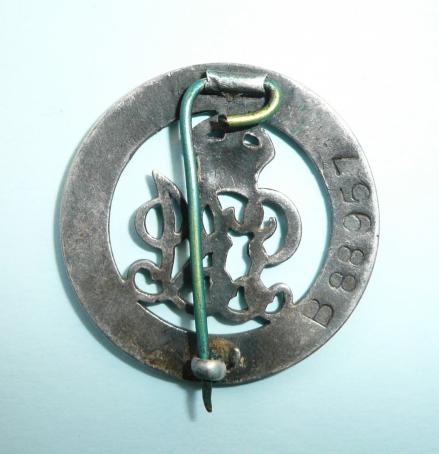 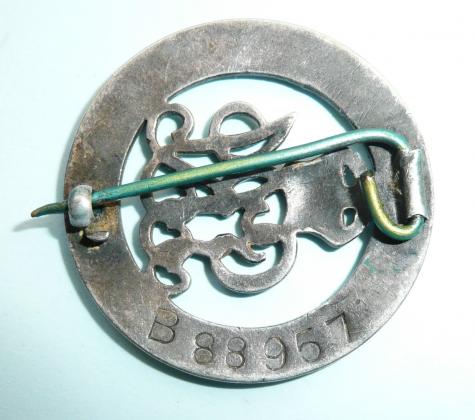 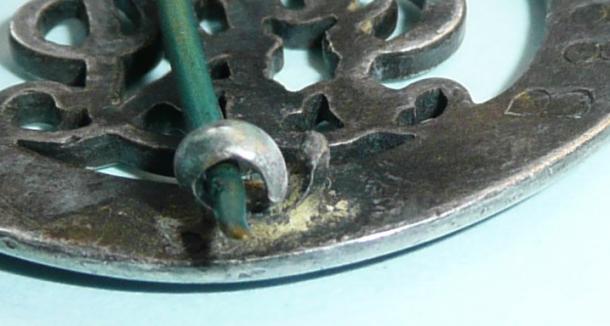 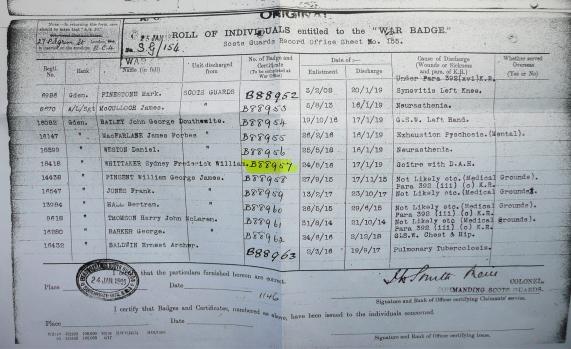 A SWB officially impressed B88957 awarded to 18418 Guardsman S.F.W. Whittaker of the Scots Guards. An unmarked silver circlet inscribed 'For King And Empire Services Rendered' bearing crowned 'GRI' Imperial Cypher to voided centre. Dark toned, some polishing (as one would expect from a smart Guardsman) replacement pin and C clasp squashed closed (see photo). Circa 32mm in diameter. Copy of SWB roll entry to be supplied which confirms his discharge under para 392 (xvi) sickness. The remarks state Goitre with D.A.H. (A Goitre or Goiter is a painful swelling of the neck and associated with the thyroid and iodine deficiency. Disordered Action of the Heart or D.A.H. was often associated with soldiers suffering from Trench Fever and who had been kept hospital. (see https://www.bmj.com/content/2/4262/320)).


He enlisted 24th August 1916 and was discharged 17th January 1919 (badge issued 3rd February 1919). Copy of MIC also provided but particularly informative and makes no mention of service overseas. Somebody had to guard Buck House!

As there were only two battalions raised in WW1 (unlike regiments at the other extreme like the Northumberland Fusiliers with over 50 battalions), it is quite hard to find a SWB to a guardsman.