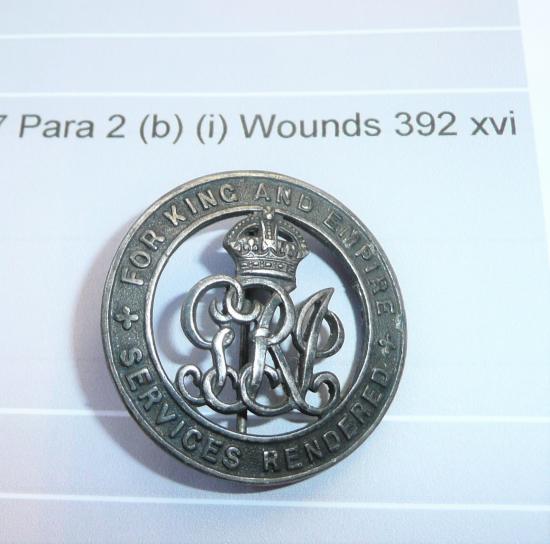 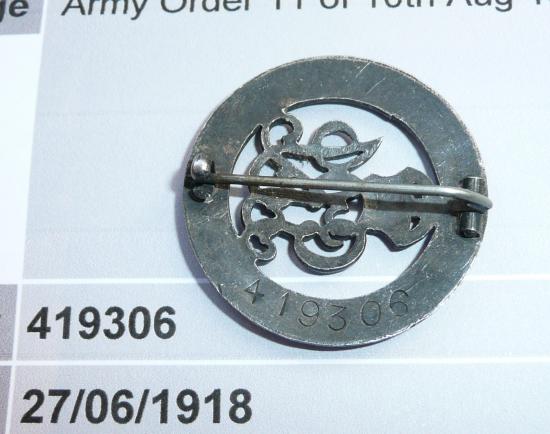 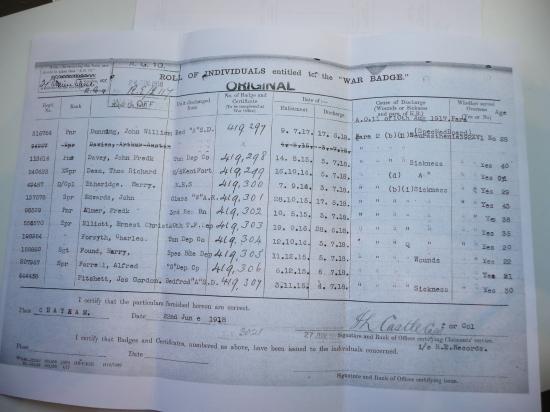 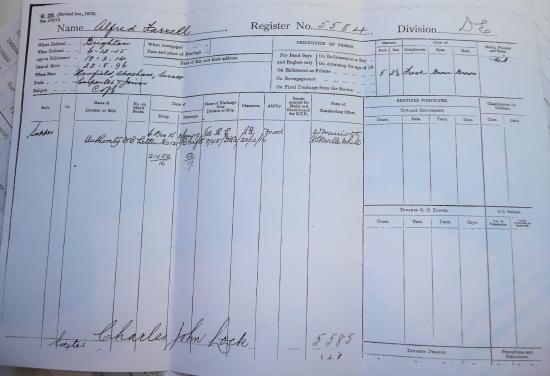 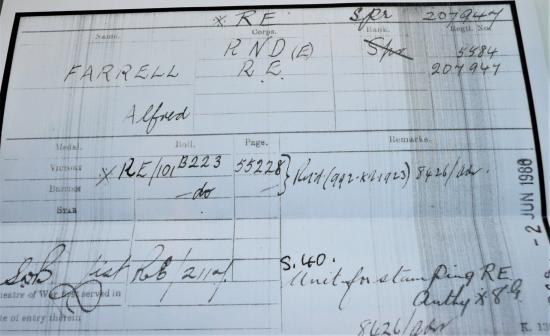 Alfred enlisted 6th December 1915 as 5584 Sapper Royal Naval Division Engineers. His 'naval records' confirm he served with them until 31st January 1917 when he was transferred to the Army as a Royal Engineer sapper no 207947. He was also entitled to a BWM and VM and these were named to his service in the Army rather than the Royal Navy.

Alfred Farrell was born on the 22nd August 1896 in Benfield, Shoreham, Sussex and was just over 19 years of age when he enlisted in 1915. His trade prior to enlistment is noted as Carpenter & Joiner. He did serve overseas and was wounded and honorably discharged on the 6th July 1918 on account of his wounds, aged 21, presumably as a result of his Army service.