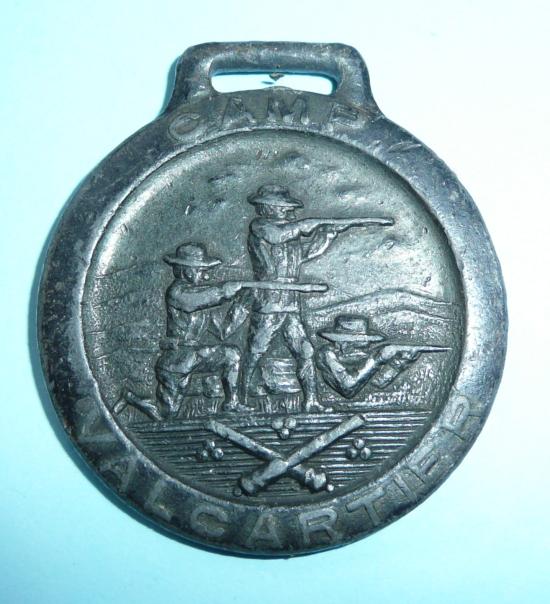 Circa 23mm in diameter, a fairly crude medallion with comes with a perished leather strap and buckle (the latter not photographed) but will be included for the sake of poosterity. Obverse shows musketeers in slouch hats the reverse a canadian maple leave with the names of the allies and the date 1914. Some wear to the finish of the reverse otherwise in good condition. 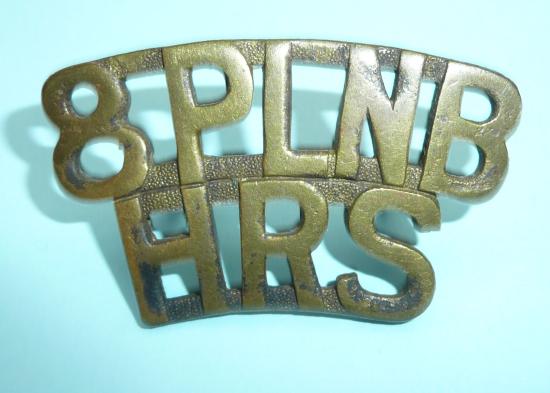 See the following forum for identification: 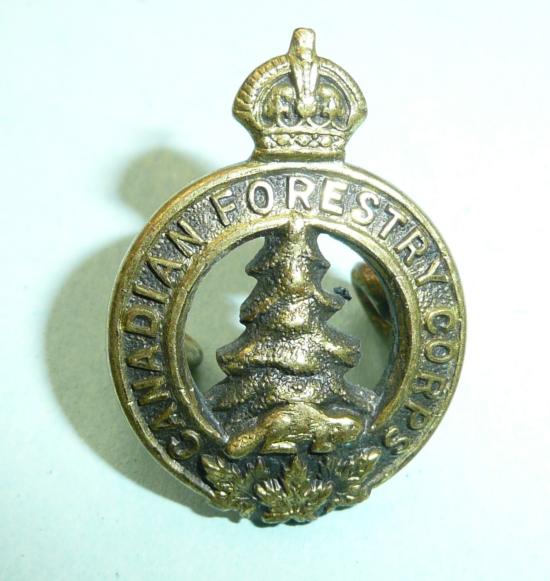 A small version of the cap badge for this unit which existed from 1940 until 1945. Circa 2.5cms tall with two original loops to the reverse. Much scarcer than the cap badge so I assume the collar badges were officer issue only. Some twisting to the lugs otherwise in very good condition 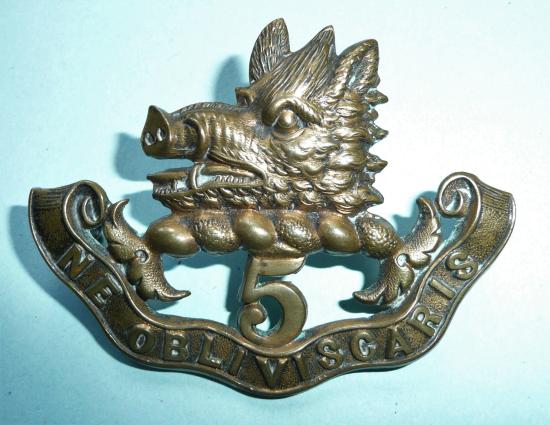 Worn as a glengarry badge 1884 - 1906 and then in WW1 by their successors, the 5th Regiment Royal Highlanders (Canadian Black Watch). See the final photo for a copy of it being worn as such (copy photo to be supplied). In good condition with sharp detail and two original dark toned loops to the reverse. A large badge at circa 6.8cms wide. 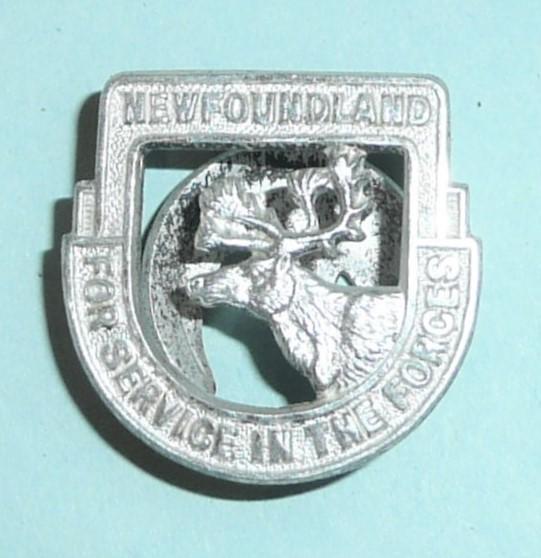 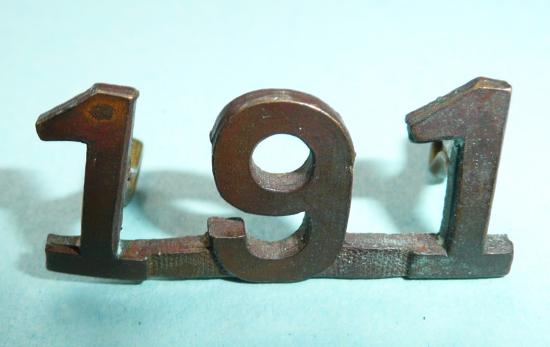 A scarce bronze battalion shoulder title to the 191st "South Alberta " Battalion. Two original lugs to the reverse. Circa 3cms wide and 1.3cms tall. Maker marked Caron Bros 1916. Stain to the top of the first numeral.

The 191st (Southern Alberta) Battalion, CEF, was a unit in the Canadian Expeditionary Force during the First World War. Based in Macleod, Alberta, the unit bega... read more 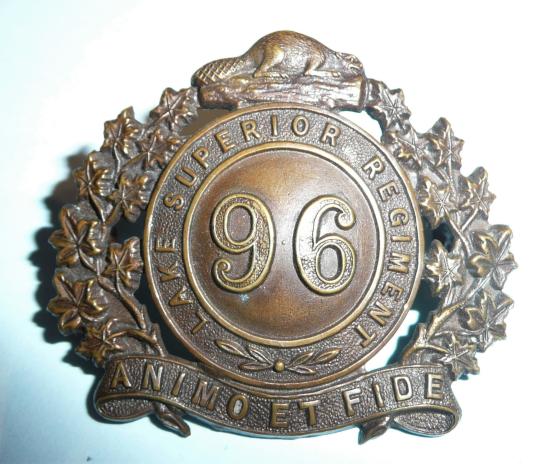 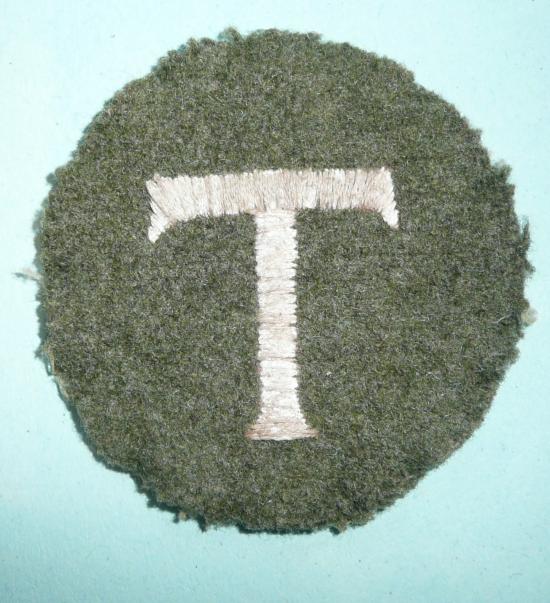 Sealed 12th May 1943, khaki melton embroidered with a white letter T, hessian backed. In very good condition. believed to be a Canadian HQ female typist and telephonist qualification badge, but happy to be corrected.