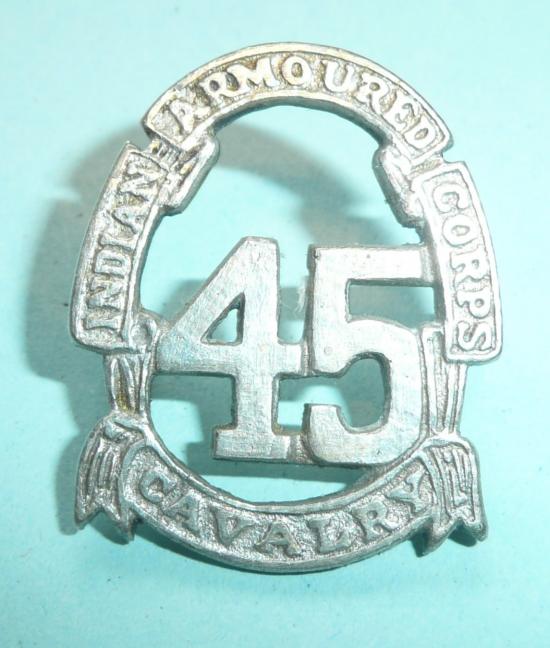 The regiment was raised in April 1941 at Meerut, (originally from Sikhs & Pathans from the 13th Lancers, Scinde Horse & Guides Cavalry), and equipped with Stuart Tanks. They served in Burma as part of 50th Indian T... read more 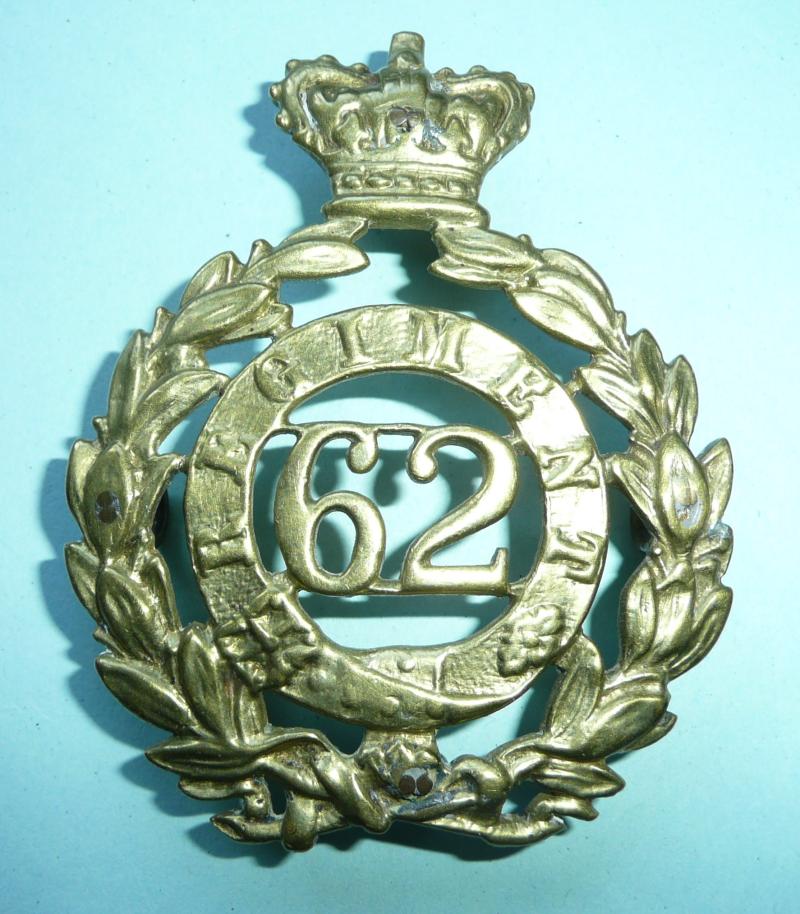 A badge of this pattern is described in the Sir John Chapple Collection gifted to the National Army Museum. Cast in yellow brass with four fixing loops soldered to the reverse. Circa 7.3cms tall in good condition with no damage. The 62nd were disarmed in 1857 during the Indian Mutiny. Rare. 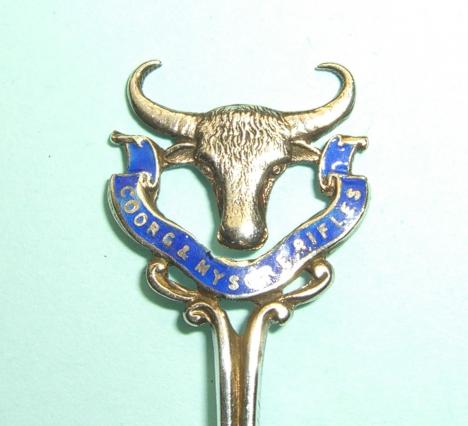 A lovely little sterling silver teaspoon, with Birmingham hallmarks for 1911 (date letter m), maker marked L&S but also the shaft has been stamped with the retailer, Barton of Bangalore. In great condition with no damage to the enamel.

In 1917 they were amalgamated with the Bangalore Rifles to become 6th Bangalore, Coorg and Mysore Battalion. 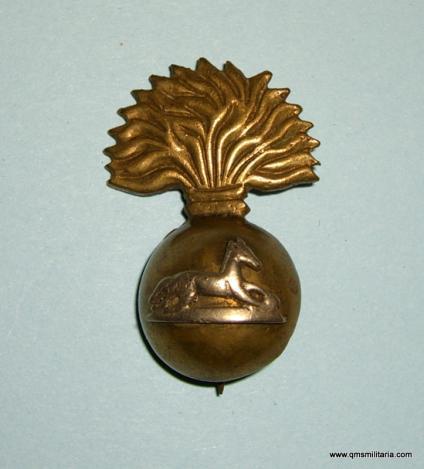 Small cast brass grenade with applied white metal (probably silver) horse with original long pin fixing to rear. Indian made. Some polishing to detail on front but it has a lovely patina, horse facing right. Circa 3.5cm tall with flat flames. The larger grenade is included for comparison purposes only and is for sale elsewhere (item 60855). 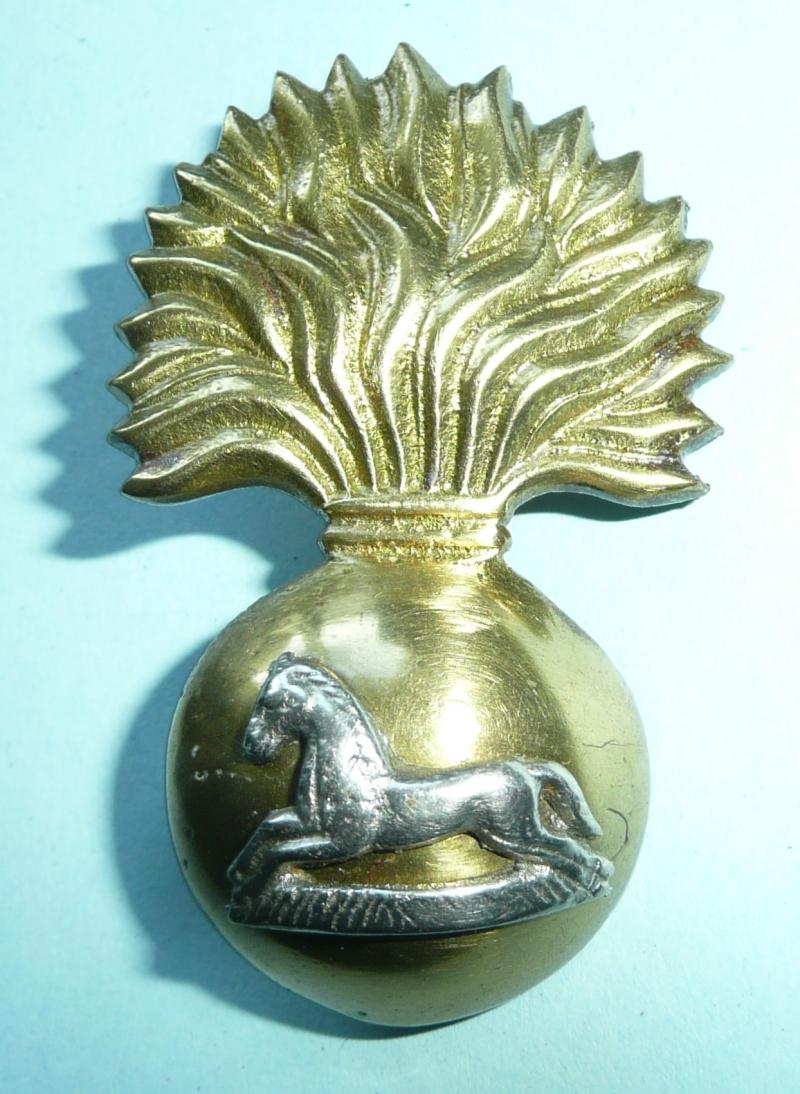 Large cast brass grenade with applied white metal (probably silver) horse with original loops to the reverse. Indian made for wear on sun helmet. Circa 5.5cms tall with flattish flames. 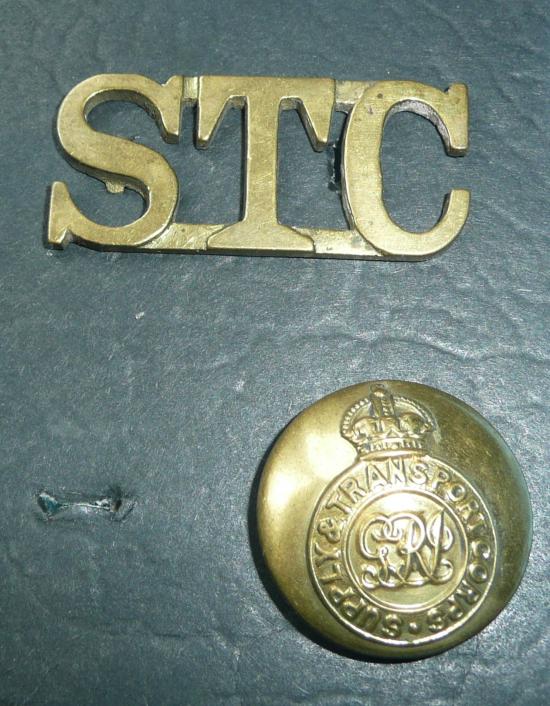 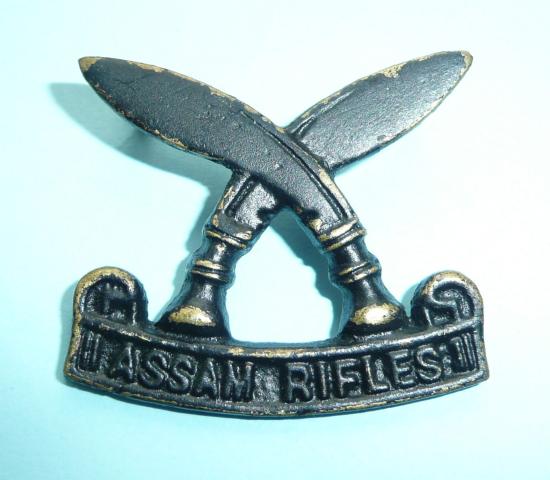 A nicely cast badge with two small original loops to the reverse. Some minor wear to black finish otherwise in good condition. 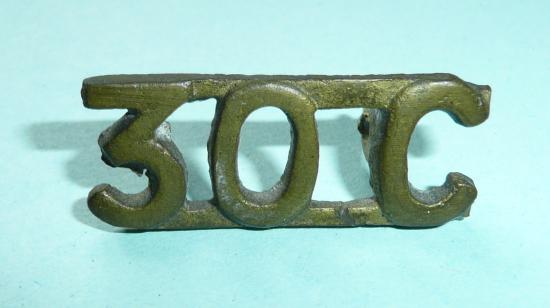 Cast with two integral loops. In good condition. Circa 1966. The regiment were a tank regiment, intially equipped with Sherman MkII tanks, replaced in 1971 with Chinese T 59 tanks.

Similar to the example C3P.28.02 (Izzatt pp 748-9). Many thanks as ever to Sunil for help with the identification. 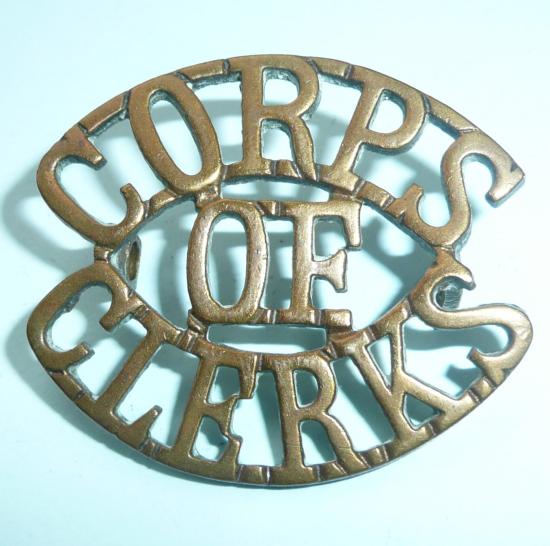 A single piece, cast brass shoulder title to the Indian Army Corps of Clerks well made with two original square lugs attached to the reverse which is typical of pre WW2 Indian badges.

The Indian Army Corps of Clerks was formed on the 1st February 1923 and composed of British Military Clerks and Indian Civilian Clerks. It had British Commissioned Officers, Warrant Officers and so... read more